The Jaguar XJ220 is the fastest, most exciting and most expensive road-going Jaguar ever built, evolving from Jim Randle's 1988 UK Motor Show dream concept with the sensuous shape. 350 limited edition cars were developed and produced from 1989 to 1994 by JaguarSport, the Jaguar/Tom Walkinshaw TWR joint venture. Going on sale for GBP 290,000 with a GBP 50,000 non-returnable deposit, it attracted celebrities, speculators and the mega wealthy and was oversold in just one day. This inside story is an historically accurate account of the project from the director himself. Having recruited a talented team from motor sport and production car industries, a factory was developed in Bloxham, Oxfordshire. Working closely with Jaguar Design, TWR Group companies and specialist suppliers, the XJ220 team re-designed, built, tested, manufactured, and marketed the ultimate road car. Featuring over 200 photographs, many previously unpublished, showing the concept and production cars in all stages of development, with glamour shots and historical photos of Jaguar sports/racing cars, this book is a must for Jaguar enthusiasts.
Blick ins Buch: 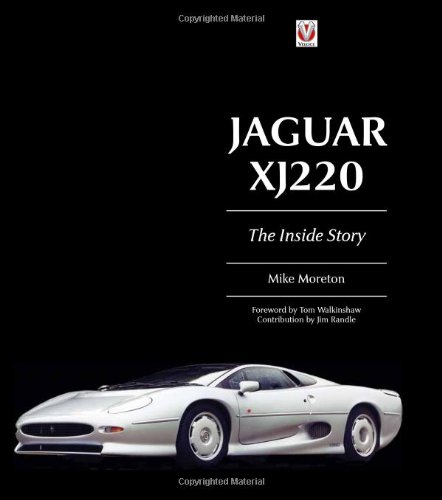